Home Against All Odds Book by Paul Friesen
BackBack
Back

Against All Odds Book by Paul Friesen 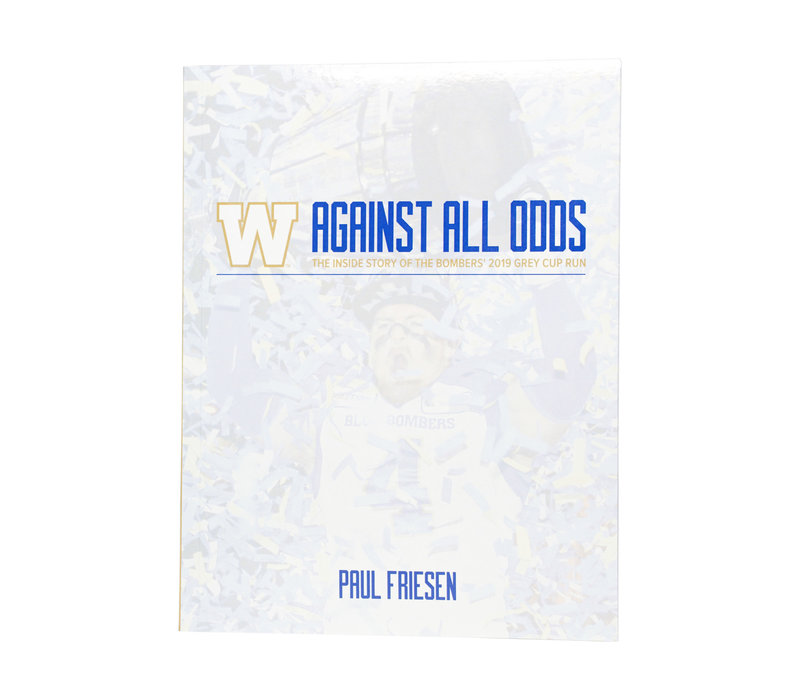 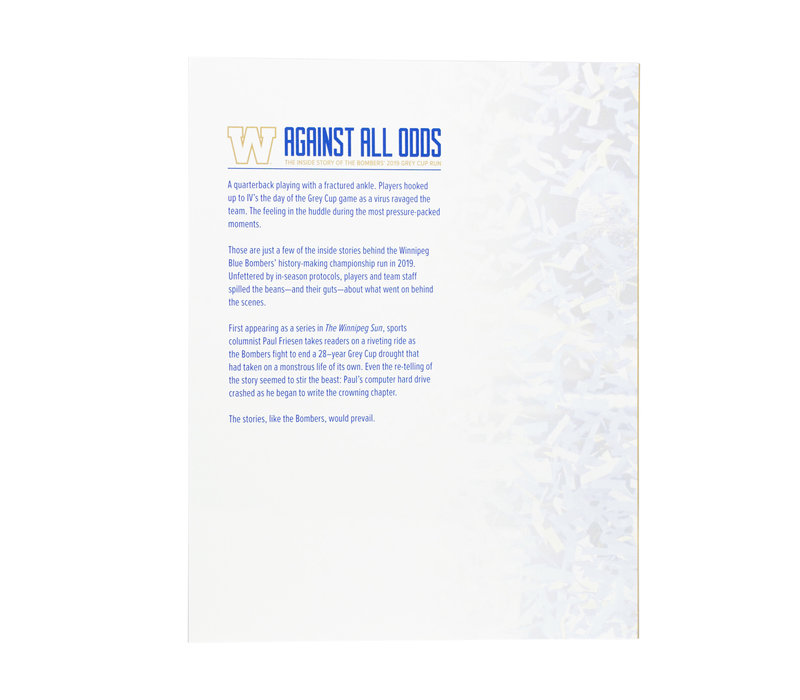 Against All Odds Book by Paul Friesen

A quarterback playing with a fractured ankle. Players hooked up to IV's the day of the Grey Cup game as a virus ravaged the team. The feeling in the huddle during the most pressure-packed moments.

Those are just a few of the inside stories behind the Winnipeg Blue Bombers' history-making championship run in 2019. Unfettered by in-season protocols, players and team staff spilled the beans - and their guts - about what went on behind the scenes.

First appearing as a series in The Winnipeg Sun, sports columnist Paul Friesen takes readers on a riveting ride as the Bombers fight to end a 28-year Grey Cup drought that had taken on a monstrous life of its own. Even the re-telling of the story seemed to stir the beast: Paul's computer hard drive crashed as he began to write the crowning chapter. 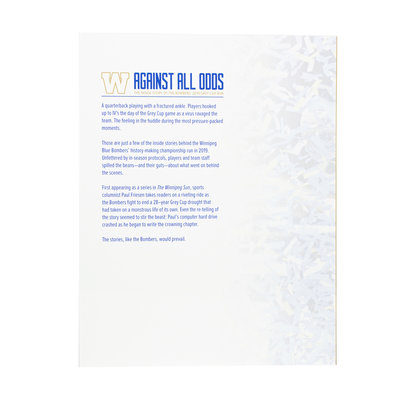